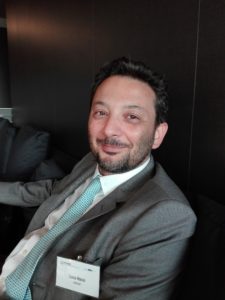 Luca Rossi attended the IPA DRAM Steering Committee on 12 June 2017 in Podgorica (Montenegro) as representative of the United Nation Office for Disaster Risk Reduction (UNISDR), one of the main international stakeholder invited by the Programme to contribute to the event. Mr Rossi is an environmental engineer who spent several years working at the Italian Civil Protection Department on the development and implementation of the national early warning system for floods and hydrogeological risks. After working as Programme Manager at the UNISDR Regional Office for Europe in Bruxelles, he is currently Deputy Head of UNISDR Regional Office for Africa.

How do you think IPA DRAM can fit into the framework of the Sendai agreement?
IPA DRAM fits exactly at the core of the International agenda on Disaster Risk Reduction (DRR) because it is 100% aligned with the priority one of the Sendai Agreement dedicated to “understanding risks”, meaning understanding the risks to which communities and countries are exposed to, both in terms of hazards and disaster impacts. In this regard it is extremely relevant that Disaster Risk Assessment (DRA) performed within the Programme takes into consideration the issue of climate change. Both DRR and climate change adaptation are functional to sustainable development, as also remarked by the former UN Secretary General Ban Ki-moon: “All investments in sustainable development should be risk-informed” and consider impacts of climate change. This applies also to private funds as countries with well-established strategies for disaster risk reduction and climate change adaptations are more attractive to foreign economic investments. Ensuring a deep understanding of risk to which communities are exposed to, it is therefore very important. By doing that we should hold an holistic approach: a proper DRA cannot be done by civil protection authorities alone but implies the support and cooperation of all the other stakeholders, including Ministries of Economic Development, Ministries of Health, Ministries of Environment and Land Use planning, Education, among others, and, very important, of the private sector. As a matter of fact, the multi-stakeholder approach, which include the private sector, fosters sustainable investments. The findings that will come out from the Programme should be the evidence on which to base future economic investments for both the private and public sector and, more importantly, to ensure their resilience.

Since you have seen many projects and initiatives at international level, what are your recommendations to IPA DRAM regarding the very important, yet controversial issue of sharing data to better assess risks and prevent disasters?
Data sharing is a core issue to be addressed for all kind of policy in relation to risk assessment. Data sharing it has been always felt challenging all over the world because owning data means, to some extent, owning power. Within some administration but also in the private sector sharing data is always considered something challenging and using such data sometimes is even more challenging, mainly because of lack of common standards. However, our experience demonstrates that currently there is a better understanding and more awareness on the importance of data, we have also noticed more interactions between public and private sector in this regard. To support the involvement and active engagement of the private sector, UNISDR launched the ARISE initiative, the UNISDR Private Sector Alliance for Disaster Resilient Societies. ARISE is a UNISDR-led network of private sector entities, whose members voluntarily commit to align with the Sendai Framework. ARISE members share information, experience, activities, and projects, while the level of involvement and resources is at the discretion of each member. Most activities and interactions are a local and regional level, and ARISE is structured accordingly. The increased will of private sector to play a key role in building resilience of communities and business is also clearly seen at the events organized under the umbrella of UNISDR both at global and regional level (i.e. European and Global Platforms for DRR in Istanbul and Cancun, respectively). Private stakeholders are more encouraged to bring in their priorities in terms of growth and development only if public organisations build in policy and strategies in synergies with them. For this reason we have to ensure that investments on development are resilient to disasters and climate change, particularly for infrastructure and housing investments, with time horizons commensurate to their life cycles. 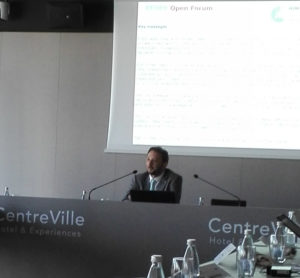 What does UNISDR do to bring up the awareness on disaster risk reduction?
One of the mandate of UNISDR is actually to gather evidence on disaster risks but also on damages on the infrastructure to the economic activities, to the environment, to the civil society, to the well-being of communities. In this regard, the biannual Global Assessment Report (GAR) is one of the fundamental tools. The 2013 and 2015 editions addressed the economic losses and damages, being a major support to decision makers and investors of the public and private sector. At the 2017 Global Platform for DRR in Cancun, the new report, the GAR Atlas (Global Assessment Report), was launched. This includes country profiles as well as best practices in order to mitigate risks and measures to improve resilience of infrastructures.
Moreover, in order to raise the awareness on disaster risks among the population and local authorities responsible for land use planning and urbanization, UNISDR has developed a tool which is called Making City Resilient Campaign. The MCR provides practical guidance and present successful experiences to support sustainable urban development by promoting resilience activities and increasing local level understanding of disaster risk. Although, the Resilient Cities Campaign reinforced the enthusiasm for local engagement in DRR, but much more work remains to be done.
The MCR Campaign works in parallel with the already mentioned ARISE initiative, aimed at the active engagement of the private sector, the International Day for Disaster Reduction (IDDR), celebrated wordwide on 13 October, and other initiatives and projects at global, regional, national and local levels.